So how exactly do you find the best laser level? Here we have created a comprehensive and in-depth guide for finding the best product you can get for the best possible price. 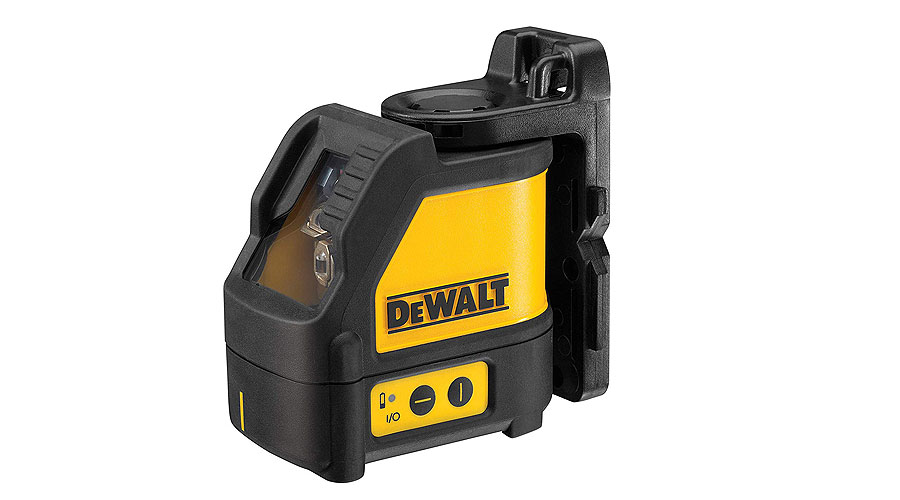 Precision is always an important consideration in the surveying and construction industries. It is the reasons why professionals in these industries invest heavily in the right tools, which include the laser level that’s used primarily for levelling off any ground.

A laser level is a control and measuring device that uses laser beams supported by either a rotation or stationary tripod. It is a critical device when it comes to charting vertical or horizontal lines or planes since human measurements are often prone to errors.

Laser levels might serve the same function, but there are several different versions in the market today. You need to consider many different things when attempting to choose the right laser level for your needs. Here are some factors to consider when buying a laser level.

Dot Laser: As the name might suggest, the dot laser level sends out a series of dots in a level plane. The dots can then be subsequently used as a reference point for hanging whatever it is that you wish to keep level.

Line laser: It is the most basic form of a laser level. Once you place it on a surface or wall of your choice, it sends out one level line on the surface, which makes it quick and easy to hang pictures or other items because there’s a line that provides a level that’s easy to read.

Rotary Laser: It is similar to a line laser in that it projects out a line. However, the key difference between the two is that it puts a line on all walls in any room, which makes it simple to ensure that everything in a particular room is completely level. It is usually more expensive and is used for general construction works, such as grading, foundation concrete work. Etc.

Self-levelling is one of the most important features to consider when buying a laser level. You have to alter the level if you want to get a level line with a bubble level, which can make it incredibly challenging to complete any other tasks.

The range is another important consideration when buying a laser level. The range for different lasers on laser levels varies widely with more expensive models having a better range than the cheaper models. The best way to determine the range you need in a level is thinking about how you plan to use it. Once you do this, it is advisable to find a level with a slightly greater range than what you think you require. That way should a project that requires a large span come up, you will be prepared and not scrambling to find a different model than the one you bought.

The visibility is another important consideration when buying a laser level. If you are unable to see the laser, it will be impossible for you to use the dots or line as a point of reference, and this somewhat limits the level’s effectiveness. It is important to keep in mind, however, that where you will be using the level has a direct effect on visibility. For example, if you plan to be working on projects outside in the sun, the laser you need should be much brighter than if you were working in the basement or garage.

You will almost always have to choose one of two colours of your laser level. The two options available for you to choose from are red or green. The colour of the laser you choose largely depends on where you will be using it. Green lasers are better suited to outdoor use because they show up relatively better in bright sunlight while red lasers are better to use in low light situations such as indoors.

You might require a laser that’s more advanced depending on how advanced the project you plan to undertake is. It would mean finding a laser that’s capable of giving more dots or beams for quicker points of reference. However, if you just wish to complete a simple project, you don’t anything better than a basic type of laser level, which can help you save some money.

Laser detectors/receivers are a necessity if you plan to use your rotary laser outdoors. Since it can be difficult to see any coloured laser outdoors, particularly on the sunny days, the tripod mounted detectors let you know once the laser is level. You can then move forward with your project with the confidence that it will be level in the end.

A laser level’s portability only comes into question if you have to carry it with you around the jobsite. If you plan to use your level at home, it is perfectly okay to get a larger and bulkier model than you would if you will be going up and down a ladder throughout your workday.

If you plan to be on the go when using the laser level, you will have to buy a smaller model. That way, you can easily carry it with you, no matter where you are working. Obviously, the more portable your level is, the less powerful the laser is likely to be. The smallest models also don’t have as many features as the larger ones will.

The Ingres Protection (IP) rating is used for describing two different factors that would have a negative effect on how well a laser level works. The first digit is used to describe how tightly the device is sealed against dust. It is rated on a scale of 1 to 7. The higher this figure, the higher the level of resistance.

The second digit in the rating scale is used for describing how water resistant the level is. It is rated on a scale from 1 to 9, with 1 being the least resistant to moisture while 9 is completely watertight. Depending on where you will be using the level primarily, you will need to ensure that you buy a level that offers the protection you require based on the IP rating.

Laser levels can be mounted in a variety of ways, which helps them adapt to the different situations you will find yourself when on the worksite. The mounting systems can vary significantly from one model to the next. Some levels use magnets while other use vice-like grips. Whatever the system you choose, it is important to ensure that the level can mount to different kinds of surfaces, such as struts, bars, pipes, and tripods.

The other major factor that affects battery life in a level is how often it is used. If you plan to be using the level constantly, every single day, it is definitely a good idea to find one that uses a rechargeable battery since it can be charged on a schedule thus saving some money. However, if you plan to use the level occasionally, then it makes more sense to buy a level that uses standard batteries.

The laser level is a massive upgrade over the standard level. It can level itself automatically and allows you to setup perfectly level and square gridwork patterns, which makes your life much easier while on the job.  The laser level is ideal for installing studs, cut-outs, cabinets, chair rails, among many others.

Laser levels are not all created equal. When choosing a laser level, you need to consider many factors before you buy the most important of which have been discussed here. To ensure that you end up with the right one, you must fully understand the nature of the projects that you will be undertaking since some lasers are designed to fulfil certain functions and not others.

YooCompare.co.uk is a participant in the Amazon Services LLC Associates Program, an affiliate advertising program designed to provide a means for sites to earn advertising fees by advertising and linking to Amazon.com.