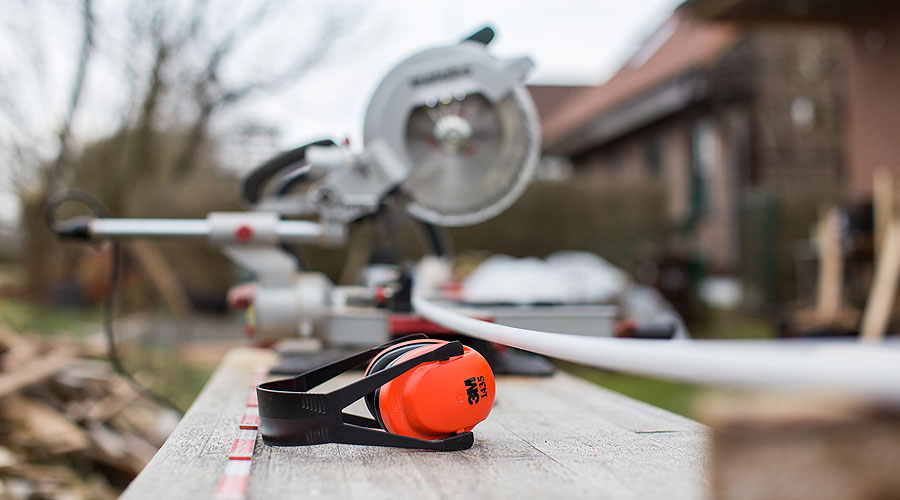 So What is a Compound Mitre Saw?

A mitre saw is a circular saw that’s mounted to a frame and fixed to a rotating cutting table and used for making cuts across the grain of timber. It may have a slide action, which allows cuts on much wider boards.

–              Compound mitre saw: It comes with a rotating vertical pivot that allows the blade and cutter head to tilt sideways his allows both horizontal and vertical angled cuts along with cuts angled on both planes.

–              Sliding mitre saw: It is a compound mitre saw that has horizontal sliding arms for the cutter head that allows cuts on much wider boards.

–              Standard mitre saw: It comes with a fixed vertical pivot and a rotating cutting table, which allows horizontally angled cuts with the blade staying vertical.

–              Dual Compound Mitre Saw: It is similar to a compound mitre saw, but the motor and blade can tilt to the left or to the right, which provides more flexibility when it comes to cutting complicated angles.

The focus of this article, however, is not mitre saws in general, but rather compound mitre saws. So, without further ado:

The reality is that only a handful of people ever bother buying a standard mitre saw since the difference in price between a standard and compound mitre saw is very miniscule. For that small amount you may as well have an upgraded version that lets you make more cuts and joints.

A compound saw is used for making standard cross cuts, square cuts, and bevel cuts. It works in the same way as a basic mitre saw in that it works by pulling a motor-powered blade into the material you want to cut. 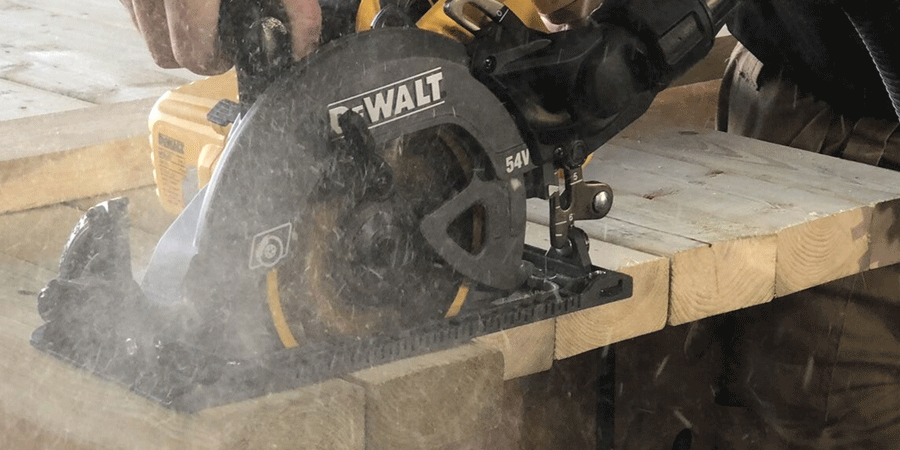 The compound saw is not used to cut wider materials or simply for ripping up lumber. For doing such jobs, you will require a sliding compound mitre saw. It lets you easily make more complex joints and once you set it up properly, it continues to deliver a wide variety of highly accurate cuts, which translates to less work for you.

Not everybody actually needs to buy the compound version of the standard mitre saw. Unfortunately, many people are convinced that they do while in reality a standard mitre saw is more than enough for the vast majority of people.

The single bevel mitre saw has an arm that swings to the left only while with the double bevel mitre saw, the arm swings both to the left and to the right too. The difference between the two will be explained shortly, but it is important to first understand the various cuts.

Simply put, unless you plan to use bevels, then you probably do not need a saw that tilts either to the left or the right. On the other hand, if you plan to do a lot of work with wood, it can be an excellent idea to have this additional feature.

Having that additional feature will definitely make the saw more expensive, but not by a huge margin. Best of all, you will get a lot more value with regards to the types of joints that you can make and will be capable of handling more complex projects.

All mitre saws are made from either steel or aluminium. However, the knobs and guards are typically made from a hard plastic, but some will have a full metal construction and will be more durable in the long run. Handles are usually made from rubber to help reduce the vibration in the hand while you complete the sawing action. 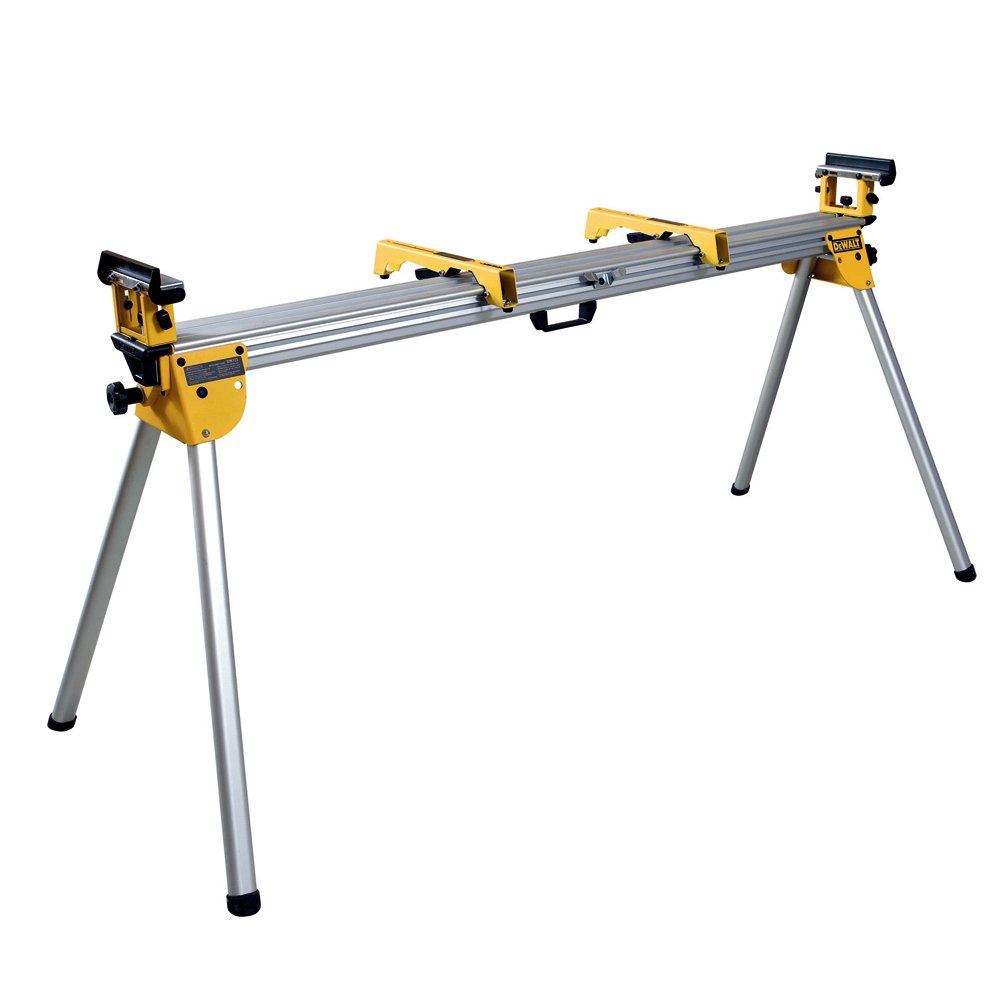 The compound mitre saw can stand on a bench, but it is usually more preferable to get a stand for it. The great thing about a stand is that it gives you an extra pair of hands particularly when supporting longer pieces of wood. You have many different options when it comes to stands.

Just like the standard mitre saw, you can also get a compound mitre saw in slightly different sizes, which is measured by the size of the blade the saw takes. A 10-inch blade is enough for most uses, but you can get them in 8-inches or even 12-inches. Your choice will ultimately be determined by the work you will be doing.

The compound mitre saw can be angled to 45-degrees either to the left or to the right. You can check and set the measurement using a gauge present on the saw’s body. You will also come across what are referred to as “hard stops”.

Hard stops are pre-set angles where the saw stops automatically and are usually at 0, 15, 23, and 45 degrees. If you require an angle in between these, you can set that and then lock it into place.

Many manufacturers of compound mitre saws have started adding laser guides to their saws in recent years. It simply produces a line on the material you are cutting and comes from a laser beam on the saw. It is then used as a guide for cutting.

Contractors and woodworkers often use a chalk line or draw a line in pencil to mark the wood. A laser beamed light, however, should be more accurate in principle. The accuracy of the lasers is in doubt except for the very expensive models. The laser guide is, however, a good idea when it comes to general cutting.

Compound mitre saws sometimes come with a set of wings that let you increase the capacity of cutting. Mostly these are a simple slide out and in an extension that helps support larger wood pieces. A stand is still more preferable, but at least it provides an alternative.

The compound mitre saw, however, is the most popular one because it lets you make a variety of joints and is affordable for the vast majority of people that plan to do much sawing. All leading manufacturers of power tools such as Makita, Bosch, Evolution, DeWalt, and Metabo make compound mitre saws.

To find the right saw for your needs, you must first determine the type of work you will be doing with the saw as well as your budget. Once you know both of these, then your selection will become much easier.

YooCompare.co.uk is a participant in the Amazon Services LLC Associates Program, an affiliate advertising program designed to provide a means for sites to earn advertising fees by advertising and linking to Amazon.com.